The Department of Psychology, Department of Exercise Science, Physical Health and Education, and the Division of Medical Sciences at the University of Victoria have teamed up to study the effect of aerobic exercise on cognition, behaviour, and physical markers of brain health in children with Fetal Alcohol Spectrum Disorder.
Exercise, the Brain, and FASD
Evidence from both animal models and human studies indicates that regular cardiovascular exercise can increase the learning and memory capacity of both the developing and the aged brain. Moreover, this increase seems to be related to exercise-induced increases in brain-derived neurotrophic factor (BDNF), a chemical that helps brain cells thrive and survive. In FASD, BDNF is not as abundant in the brain as it usually is. Children with FASD also tend to have problems with learning and memory. In animal models of FASD, the capacity for improved learning and memory has been increased by having animals engage in regular aerobic exercise. The results are dramatic and are coupled to an increase in BDNF.
The Current Study:  Using Cardiovascular Exercise to Elevate Levels of Brain-Derived Neurotrophic Factor and Enhance Cognition in Children with Fetal Alcohol Spectrum Disorder
This study is aimed at examining the impact of an aerobic exercise intervention on learning, memory, mood, behaviour, and levels of brain-derived neurotrophic factor (BDNF) and cortisol (a stress hormone) in children with FASD.
We are looking for children, aged 10-16 years to participate in an engaging, 12-week exercise program (30 minutes per session, 3 times/week), based around fun computer games and stationary bikes.  Check out the bikes/games in action byclicking here!
Participation also involves your child completing a number of physical, cognitive, and psychological tests at three time points.  As a parent/guardian, you would also be asked to fill out some short paper-and-pencil measures about your child’s behaviour and mood. Blood and saliva would also be collected twice (before and after the exercise program).  After each exercise and testing session, your child will get to choose a prize for his or her participation.  We would also provide you with money to cover the costs of parking.  Testing sessions take place over 2 days, lasting about 3 hours each, and are held at the University of Victoria.
Please sign up on this site if you are interested in finding out more about the study.  You may also contact us by email at jkirwin@uvic.ca or kkerns@uvic.ca.  Your interest and participation are greatly appreciated!
Posted by hOMESCHOOLING 2020 COVID-19 at 12:43 No comments:

I love someone with autism 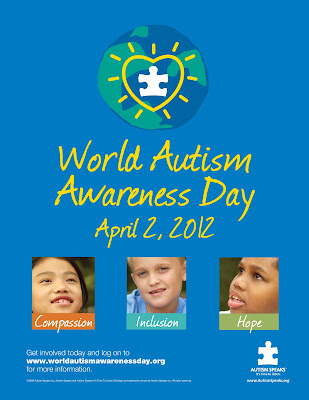 Couple of interesting articles in the Vancouver Sun and on Global News on the health of our little ones....

What type of exercise is vigorous?

Anything!  Laughing is a vigorous activity.  Chasing a balloon while laughing?  Airplane running, stair climbing, basketball.
Children have a natural tendency to just run.  If you put a class of kindergarten kids in a gym and don't give them any direction they will just run...laugh...scream.  Then there will be a collision between one and a wall, or another kindie and they will cry (this is why kindies NEED direction!).

NN and IN chase balloons.  NN is counting as he plays 'keep up'.  Some running involved but a lot of motor planning and coordination as he times his hits with the balloon.  Thank you Mr. Springsteen for the soundtrack....

The difference a year can make...

Tonight we took our little friends for a walk.
IN is 3 and DN is 5.  IN has autism and DN has Downs Syndrome and autism.

Last January we took them for a very similar walk and it was quite different back then compared with today.  Last year this walk consisted of a whole bunch of cajoling, carrying, and resting.  By the time we got through the 0.9km walk I think 2 hours had passed and the two of them collapsed into a deep sleep (IN was still standing when she fell asleep) within 20 minutes of getting home.

Tonight the walk took maybe 45 minutes, complete with bunny hopping, frog hopping, hiding behind garbage cans, running, and funny monster walking, a visit with a walking dog, and airplane viewing.  After we got home we got drinks, marched up for a bath, read a bed time book and they slept soundly all night.

Exercise has improved these little ones fitness, sleeping habits, and eating habits.  It has been a year and things are NEVER perfect and they still have a long way to go.  I hope to share their stories and those of new clients in this blog.


Here is an article I came across at www.autismspeaks.com that speaks volumes to the benefits of exercise specifically to the relationship between exercise and autism.

Sports, Exercise, and the Benefits of Physical Activity for Individuals with Autism

My goal is to develop a practice that promotes vigorous exercise for kids on the Autism Spectrum and encourages lifelong habits around exercise.

Children who are diagnosed with autism and are receiving behavioural intervention  with applied behavioural analysis (ABA), speech therapy, and whatever else therapy makes for a long and tiring day.  The last thing a parent can say is "go play outside and burn off some energy"  That doesn't always work in the world of autism.

I hope that you will visit this site as I post information about the connection between autism and exercise that I learn.

Visit www.malcolmchrystal.com
Posted by hOMESCHOOLING 2020 COVID-19 at 08:27 No comments: